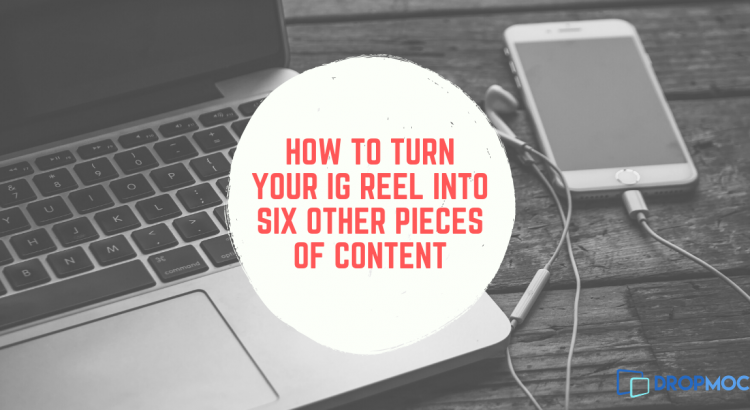 Recently, I have been creating IG reel content and repurposing it across my social media profiles.

Repurposing content is taking something you’ve already posted and diversifying it into other versions of the content, with the same message.

For those who are unfamiliar, a REEL is pretty much Instagram’s version of a TIKTOK video.

In this blog post, I’m going to walk you through what else you can turn your IG Reel into so that you DO LESS content creating but HAVE MORE content available. 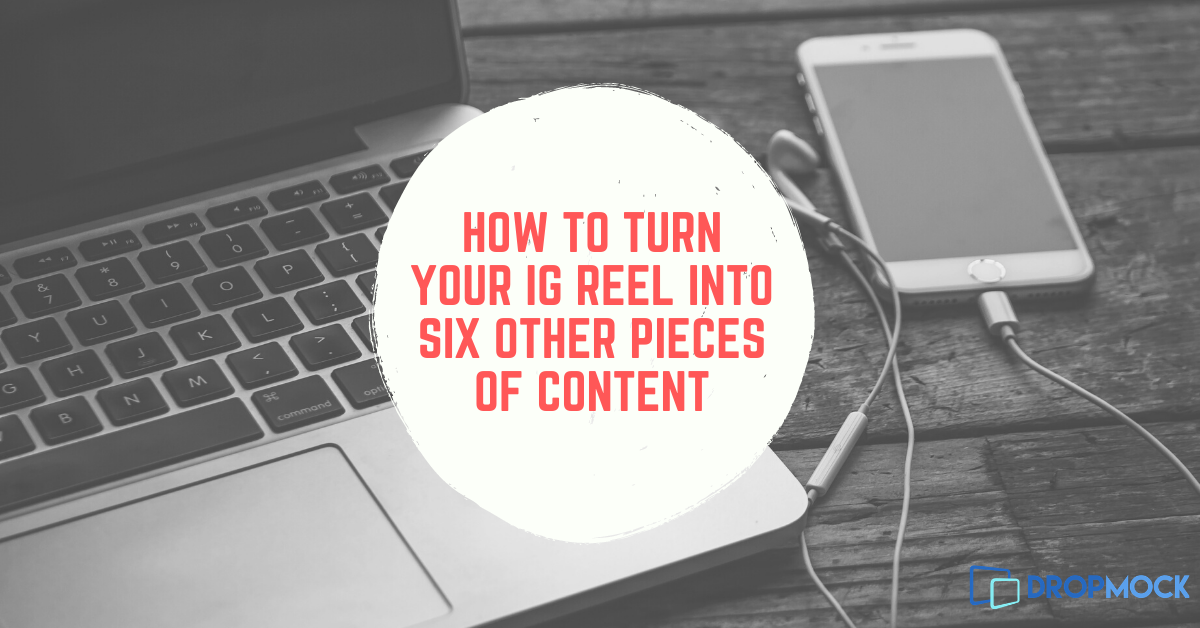 Step One: Make your IG reel.

– Once you have posted your reel, go to the reels tab on your profile. Click on the video and look at the icons in the bottom left corner of the screen. (heart, message, airplane, ticket) Click on the three dots right there to open up the menu. Click on the option: “save to camera roll.”

– From your camera roll, select the video you just downloaded and upload it to the platform. You’ll notice that you aren’t able to use the same, long caption that you wrote for your reel on Instagram. This is because on Instagram you have more characters available to write a caption, where as TikTok has a super short character limit. I would say choose the sentence that best describes the point of your video and use that as your TikTok caption, followed by some hashtags.

Step Four: Upload the downloaded video to your Facebook Story.

– Again, from your camera roll, upload the video to your Facebook story for people to see for 24 hours before it disappears. (You could also post it on Instagram & LinkedIn story too!) Story content is extremely popular because of the “realness” of it. I have actually been shocked by how many people watch Facebook Stories. Personally, I never think to go and watch story content on Facebook. I always create & watch on Instagram Stories. BUT – I wanted to test out resharing my reel content to Facebook, even to my personal profile. I have been getting over 100 video views on the content I’ve posted to my personal FB story. Definitely a surprise to me because again, I had no idea it was that popular of a Facebook feature or that that many people watch story content in a day on this particular platform.

Step Five: Take your IG reel CAPTION and paste it as a LINKEDIN post.

– Go to the caption on your IG reel and copy what you wrote there earlier. Then go to the LINKEDIN platform and paste that caption as a written post for the platform. The captions I have wrote so far have been within the character limit to easily just copy & paste. You might have to do some tweaking depending on how much you wrote. Also, I don’t use the same captions on LinkedIn that I used in my IG reel caption. I delete those ones after I’ve pasted the caption and just write out a few that are more relevant for LinkedIn. I’ve noticed that written text posts perform well on the LinkedIn platform which is why I do this and recommend you do it too.

Step Six: Take a highlight from your reel and use it as a TWEET.

– What was the main point of the IG reel you created? What did you say that was really profound? What did you share that stood out? Think of a sentence or two that you want to share as a tweet on twitter. Go ahead and write it out and send it out! Easy!

– Take a screenshot of the tweet you have tweeted out. Use an editing app to do some trimming and cropping. Once you have the finished product, upload the graphic to your profile and copy/paste the caption. You could also post the graphic on Instagram in a day or two after the “hype” of your reel fades.

– Go to the graphic design site of your choice and use the relevant Pinterest dimensions to make a graphic. Add in the image of your tweet to the center of the graphic. Download the design and put it on Pinterest. When you’re uploading, you will have the choice to add a link of where you want to drive viewers to. I would suggest adding a link to the actual reel you made or just your Instagram profile.

Now from one IG reel you have…